Bringing hope where there is despair

Bringing hope where there is despair

History of the Whitechapel Mission

In 1876 the forerunner of the Whitechapel Mission was inaugurated as `The Working Lads' Institute and Home' at a Public Meeting in the Mansion House, presided over by the Lord Mayor of London. Little is known of the founder, Mr. Henry Hill, but the work was conducted from rented premises at The Mount, Whitechapel Road, London until 1885 when a brand new building was constructed to house the work at 285 Whitechapel Road (famous as the building that housed the enquiry into the 'Jack the Ripper' case). This building was opened by Queen Alexandra and King Edward VII also attended. From 1896 the work was continued by a Methodist minister, Revd Thomas Jackson and the burgers of the City maintained their association with the work, with the Lord Mayor of London and the Sherriff attending the anniversary celebrations each year.

The Whitechapel Methodist Mission was a Primitive Methodist foundation, arising from the home mission activities of one of the Methodists' greatest ministers, the Revd Thomas Jackson who worked in the East End of London for 56 years. His work at Whitechapel built on his earlier work in Bethnal Green, Walthamstow and Clapton. The Whitechapel Mission combined social work with evangelical work. The station began in 1897 when Revd Thomas Jackson bought the Working Lads' Institute which was due to close owing to a shortage of funds. He used this as the basis for his work in Whitechapel. In 1901 the Mission acquired a property on Marine Parade, Southend, to continue the provision of holidays and convalescent stays for the poor from the area. In 1906 Brunswick Hall was purchased and this enabled a physical separation of the social work and evangelical work. The Mission's many activities included free breakfasts and penny dinners for local children; a Medical Mission; a free legal advice service; a night shelter for homeless men; distribution of food, coal and grocery tickets to the poor; prison gate rescue work especially amongst young lads, which developed into full probation work with the opening of Windyridge Hostel.

The objective of the Institute then was to keep its doors open for orphan and destitute lads. Food, clothing, lodgings, and friendship were provided for upwards of 3,200 needy homeless between the ages of fourteen and eighteen years. In its first year the Institute served over 11,000 breakfasts and was open each and every morning for the homeless of any age.

The work we do and the way we do it have both changed completely since 1876, but the point of it is exactly the same: to make a difference in the lives of people, wherever it is most needed. 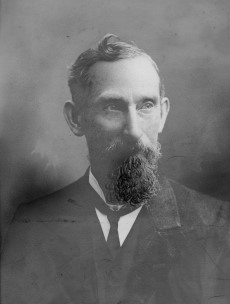 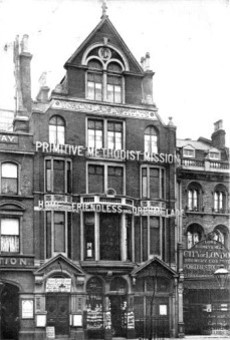