In 2020, 1,924 people chose to use our advice and counselling services in the hope that we could resolve problems, reunite individuals with family members, or teach them the basic skill necessary to leave the streets at take up some form of accommodation, or even find employment.

A common factor being that they lacked the loving environment of childhood and many denied the life skills needed to grow from childhood into adulthood. Not able to control their aggression or anger. Not knowing how to communicate by telephone or in person. Not knowing how to resolve problems and difficulties.

A simple fact. Too many of our children in care are unprepared for the adult world and struggle to fit in

Numbers that are regularly questioned and even challenged. Our experience suggests that there are far more people on the streets with a history of military service than is immediately obvious. These young men, appear to fall into to two categories.

Young men who didn't do as well at school as they had hoped and discovered many doors closed to them upon leaving school. One door that remains open and welcoming is that of the army and many sign up to serve this country, only to discover that upon their demob a few years later, the same doors as still closed.

Young men who chose to join the army, as opposed to an alternative career, to be damaged by their experience within the armed forces. Their experiences in armed conflict causing deep rooted problems that can take years to rise to the surface.

A high percentage were in the care system before joining the army.

We have witnessed a reduction in the numbers of ex-service men in recent years and can report numbers far lower than just 3 years ago.

The Whitechapel Mission is open 365 days a year are would expect to see between 250 and 300 people on a normal weekday. We are open to ALL, without exception.

We do not keep records of ethnicity, origin or race. We will do everything we can for everybody coming to our door.

There are many theories as to why the majority of the homeless are men, but there are some contributing factors that may have some bearing.

Men are given lower priority when it comes to social housing. Of course couples with young children should be given higher priority, but single homeless men are definitely given the lowest priority.

Within our society men are expected to be strong and be the protectors, causing them to bottle up and hide emotional distress. For it to appear years later in a damaging form.

There is a natural need for society to help or assist a woman in distress.

But if living on the streets these are not consequences at all, possibly even benefits. With no house to lose. No job to worry about and the prospect of three cooked meals a day, a warm bed to sleep in, there are some that will risk the consequences of stealing a "loaf of bread". 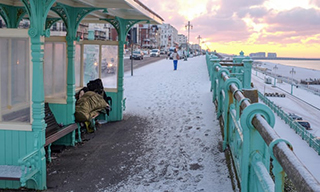 We are grateful for the offers of support. We always need clothing, food and toiletries and will still need these items after this pandemic has been beaten.

PLEASE consider the risks when travelling and do not travel to bring donations if it can wait. We will manage and we all need to STAY SAFE 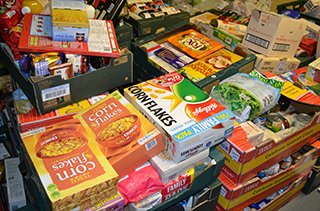 Concerned about someone sleeping rough?